Read how Esther Hicks came to know Abraham via Sheila Gillette and Theo, and the affirmation Theo gave Esther to assist her in receiving Abraham.

It's not necessary, but you may like to start here to get the full story.

A short time after being quite devastated about the news of Jane Roberts' death, friends and business associates of Jerry and Esther came to them with a recording that they wanted them to listen to. Their friends were acting a little strange so Esther asked them what it was about.

They said it was channeled. Esther said "what do you mean?" As their friends started explaining what they meant about  channeling, Esther realized it was the same process they had been experiencing via the Seth books

Talking along the same vein, their friends advised them that there was a woman they could meet with and ask any questions they wanted. This woman was in contact with a non-physical entity, just as Jane Robert's was.

Her name was Sheila Gillette and the non-physical entity was Theo. Sheila started communicating with Theo in 1969.

Theo describes themselves as twelve arch angelic beings here to enlighten, teach and mentor humanity during this time of changing consciousness.

Even in today's world, I don't believe the majority of consciousness is ready to hear that humans can communicate with non physical entities.

We are, however, certainly becoming more curious and perhaps a little more accepting.

I can only imagine the degree of skepticism Sheila must have often encountered in the late 1960's.

Esther Hicks' first question to Theo was "what can we do to move faster toward our goals?" And Theo said "affirmations and meditate." The affirmation that Theo gave to Esther was:

I, Esther Hicks, see and draw to me, through divine love, those beings who seek enlightenment through my process. The sharing will elevate us both now.

The process of meditation seemed strange to Esther. She didn't know anyone who meditated and couldn't imagine herself doing it. It struck images of walking on hot coals and laying on beds of nails in Esther's mind.

Click here to experience guided meditation that takes you deeper, quicker than ever.

She continued on however and asked Theo "what do you mean by meditate?" And Theo said "sit in a quiet room and wear comfortable clothing and focus on your breathing and as your mind wanders (and it will), just release the thought and focus back on your breathing."

Theo then went on to tell Esther that she too was a channel. She was confused that this could be the case as they had no knowledge of it. Esther asked one final question "who is my spiritual guide?". Theo responded by saying "we are told it will be given to you directly. You'll have a clairvoyant experience and you will know."

Being the curious cat that I am, I have often wondered why Sheila Gillette via Theo has not received the world-wide acclaim that Esther Hicks has via Abraham.

The reason/s could be many and varied and perhaps I will never know.

I'm guessing that in 1969, the time Sheila discovered her gift of communicating with Theo, mass consciousness wasn't as ready and willing to receive as when Esther started to communicate with Abraham.

Or possibly Sheila and her husband Marcus may have wanted to keep to themselves (although I believe Esther very much wanted that too!). If that is the case with Sheila and Marcus, that was blown out of the water the moment the world met Abraham :).

From all that I have studied about Sheila, Theo, Esther and Abraham it does seem that the two gifted women have a warm regard for one another. I, for one, am extremely grateful that Esther and Jerry decided to visit with Sheila all those years ago.

The world has changed in the most wonderful, exciting ways as a result of this union. People are starting to wake up to who they really are because of entities like Theo and Abraham.

You can also read about Abraham Hicks books, publications and teachings. 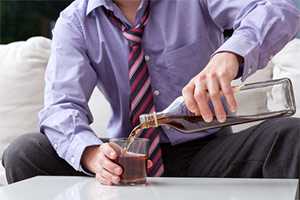